Anthony Rae for FOE 29th November 2015 Assisted by strong coverage from the Halifax Courier and its district newspapers – the Courier frontpage headline of 20th November was 12,000 homes. But at what cost? supported by an in-depth doublepage spread inside; the Brighouse Echo lead story on 26th November was THOUSANDS of new homes planned for green belt land reflecting the planned concentration of development in the Lower Valley – the debate that Calderdale Friends of the Earth had long anticipated has finally burst into life as soon as the site allocations maps were published! See our 19th Nov article here

The Council drop-in sessions – organised to allow members of the public to examine the proposals and ask questions – have been extremely well attended, particulartly in Brighouse, and it was good that ward councillors were also there to guage the extent of local concerns. 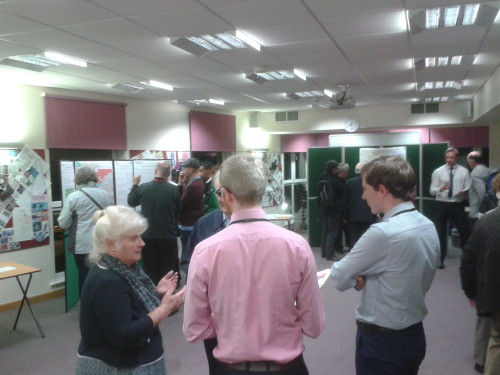 Community meetings are also starting to be organised; I went to an excellent one on Sat 28th Nov arranged by the Stainland Community Association to allow local people to inform themselves about the proposals and submit comments. 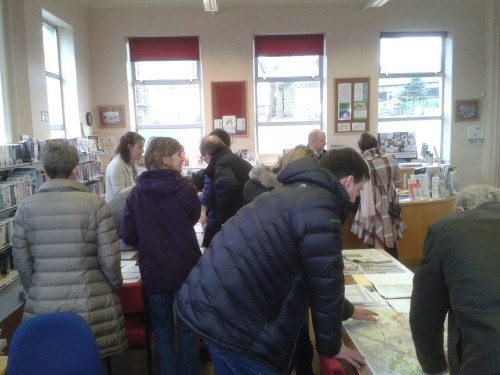 Calderdale FOE have provided statements for the newspaper articles:

Anthony Rae, for Calderdale Friends of the Earth said: “The pressure all these proposed development sites will place on Brighouse is just extraordinary. They would transform the nature of the town. There are no fewer than four possible urban extensions to choose between, containing almost 7000 new houses; additional separate housing sites for maybe another thousand units; the long-standing 25 hectare Clifton Road employment site; a Brighouse bypass and a new motorway junction! And most of these sites are on Greenbelt. The proposed development in nearby Elland will then just worsen the cumulative problems of the Lower Valley.

“The fate of the town reveals all the quandaries now confronting us. Brighouse has flatter sites, which would allow the planners to locate the thousands of new houses they are required to provide for, but can it really cope with these numbers? Its location next to the M62 motorway makes it most attractive to developers but high carbon car commuters to Leeds and Manchester will simply clog up the extra capacity that has just been provided by ‘smart motorways’. And before they reach the M62, how will the local roads be able to cope? We know that the planners had not yet actually checked whether all this new traffic can be accommodated. Maybe all this development is in the wrong place, and unsustainable.”

… and as a next step have revealed (in a letter to the Courier published on 27th November) that they intend to ask Calderdale Council’s Cabinet at its next meeting to undertake the work that could demonstrate if a more sustainable pattern of development for Calderdale based round brownfield regeneration – rather than Greenbelt loss – is possible.

FOE letter “Mark Thompson, Calderdale’s director of economy and environment is quite right (‘Borough must agree on plan or the government will act’ 20th November), and the Courier’s great coverage last week will help communities have their say about the future of where they live.

“But what almost everyone will be asking is: is it absolutely necessary that so much development is proposed for greenfield and more protected Greenbelt sites? Is Calderdale absolutely determined to reduce potential green landtake by requiring higher densities for these housing locations? And what are the consequences of this Plan for nature, our countryside and the need to reduce – not increase – climate change emissions? The council has a responsibility to provide reassurance on these vital points. (And we know already, by the way, that the planners have not yet actually checked whether all the new road traffic traffic that will be generated by the Plan can be accommodated.)

“Friends of the Earth want to help everyone get the answers to these questions so that is why, at the Council cabinet on 14th December, we will be asking if Calderdale will now do three things. Undertake what is called an ‘urban capacity study’ that demonstrates, with evidence, that all the available brownfield sites are actually going to be used. This would direct the new housing investment exactly where it’s needed: towards the regeneration of existing towns and estates. Secondly, do computer modelling of the carbon consequences of this plan. We all need to know whether it will reduce, or alternatively unacceptably increase, climate change emissions. Thirdly, and before the very final version of the plan is published next summer (to then be fought over with the developers at a public inquiry in 2017), whether the council will consult on a ‘Preferred Options’ version – which would include a ‘brownfield first, most sustainable’ option – to allow the public inquiry inspector to understand exactly what local people do want from their Local Plan.”